Got 3 minutes?  Get up to speed by watching this.

GET IT ALL OUT

“Get It All Out” is a transmedia music documentary about the life of the late John H. Creighton Jr. (1955-1985), the band Stick Against Stone, and the underground music scene of Pittsburgh, PA in the early 1980s.

A 2005 rediscovery of tapes from live performances of the original line-up of the band in 1982 sets producer/co-director Will Kreth (and former SAS soundman/manager) on a quest to find out  “Who Was John Creighton?” – the charismatic and powerful voice that brought life to a sound seemingly lost to time.

30 years later, using transmedia concepts and practices to tell a compelling story across screens and live events – GET IT ALL OUT pushes the boundaries of traditional music documentaries with newly recorded music, a live 10+ member orchestra, an eBook, a remix contest, and a feature film – all part of the same narrative that speaks to the power of music to indelibly live in the heart and to connect us with something larger than ourselves. 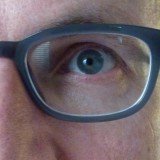 Will Kreth began his writing, publishing, interactive television, and online services career in the ‘80s as an audio engineer and manager of indie bands in San Francisco and the Pacific Northwest. The former music editor and first employee at Wired Magazine, and a co-founder of HotWired.com – he is the co-editor of The Happy Mutant Handbook: Mischievous Fun for Higher Primates (Riverhead Books) and his writing has appeared in magazines and websites, such as Nick At Nite, Feed.com, HotWired.com, WARD Music Monthly, OPTION, and others. Back in 1990, (before the Web began), he worked with researchers at Apple on what was then called “Multimedia” – seeing first-hand many of the digital storytelling metaphors we take for granted today. The winner of ITVT.com’s 2010 award for Individual Leadership in Interactive Television, he is a juror for the Primetime Emmys’ (ATAS) Interactive Media Peer Group, and is the founder of MediaGroove LLC, a music and film production company based in Brooklyn NY.

(for those with interest and attention-span surfeit syndrome…)